Land Of The Creeps Episode 078 : Hellraiser Plus John Schneider


Download
Welcome to episode 78 of LOTC. This episode, in my opinion, is spectacular!!! The crew takes a look into the crazy mind of Clive Barker as they review the first 4 Hellraiser films. You will not want to miss the great discussions about these films. As an added bonus, GregaMortis had the honor of sitting down with the good old boy himself John Schneider for nearly 30 minutes. John Schneider ( Bo Duke Dukes Hazard ) has a new horror film coming out possibly by fall of this year called Smothered. GregaMortis and John talk about this project as well as John's love for the horror genre. You will not want to miss this interview. We would like to thank John for taking time out of his busy schedule to be on this episode. So sit back and turn up the volume and enjoy this fun filled ride. Below are links to John Schneider.


Posted by gregamortis at 7:39 PM No comments:
Email ThisBlogThis!Share to TwitterShare to FacebookShare to Pinterest

Land Of The Creeps Episode 077 : The Serpent Under The Stairs Is Cursed


Download
Welcome to episode 77 of LOTC. This episode GregaMortis and Jessie Robbins tackle 3 lesser known Wes Craven films, Serpent And The Rainbow, People Under The Stairs and Cursed. WOW what a fun filled episode that had GregaMortis in stitches by the end of the show with laughter. You will not want to miss this one for sure!!!


Posted by gregamortis at 7:07 PM No comments:
Email ThisBlogThis!Share to TwitterShare to FacebookShare to Pinterest 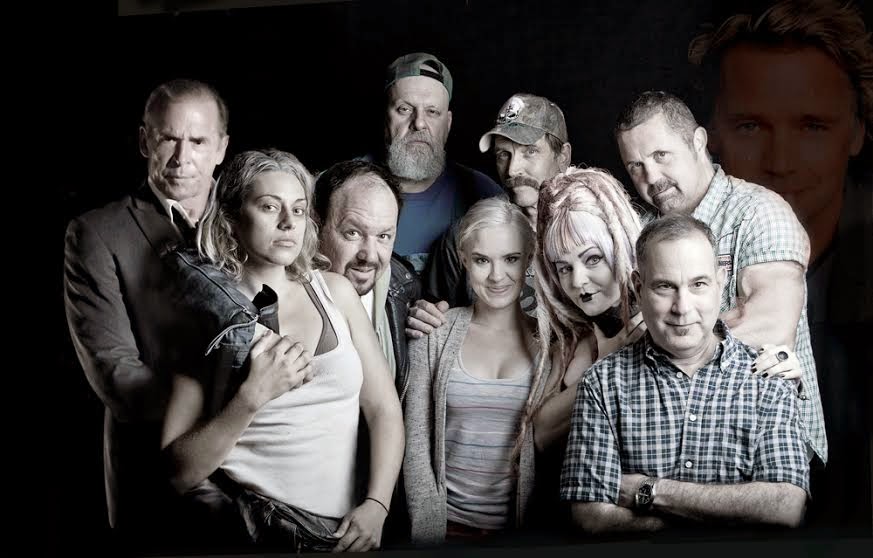 Welcome all you LOTC Creepites, GregaMortis here with a very exciting movie review.
Recently I was honored to get a sneak peak at a movie called " Smothered " from Fairlight Films Production. I was very impressed with the overall feel of this film. Before I talk a little about this movie I feel I should talk about Fairlight Films Production.
Fairlight Films is a newly formed production company headed by the one and only John Schneider. Now unless you have been living under a rock for years you should be familiar with the name John Schneider. He was the star of Dukes Of Hazzard for 6 seasons as the lead character Bo Duke. He has also been a main stay in the Smallville Series and many other projects. John has assembled a great crew together to form Failight Films. I am very excited to see what all John has up his sleeves as he will be Directing more films in the future. But we are here to talk about Smothered, so here I go.

Smothered is written and directed by John Schneider and stars a who's who of Horror Icons. You may ask who are these Icons? Lets start with Kane Hodder ( Jason from multiple Friday The 13ths ), Bill Moseley ( Otis from House Of 1000 Corpse, Devil's Rejects and many other films ), R.A. Milhailoff ( Leatherface TCM 3 ), Don Shanks ( Michael Myers )Malcolm Danare ( Moochie from Christine ) and the list goes on.

Plot is fairly simple in this film but it works. Kane Hodder, Bill Moseley, R.A. Milhailoff, Don Shanks, Malcolm Danare and the crew are at a Horror Convention. Things are not going so well. No one and I mean no one is coming to there tables for autographs and they are in desperate need of money. By chance Kane is approached with a deal he can not pass up, get the whole crew together and head to a RV park in Louisiana. If they are successful in scaring everyone there, each one of them would receive $1000. Sounds simple right? Not!!!! If anything could go wrong on this adventure it does. A simple task finds the ICONS in a battle for survival. Will they earn the money or will they become Smothered?

Let me start by saying Smothered is much like a roller coaster, with twists, turns, screams and laughter at every turn. I love this movie so much. The acting is really good with R.A. Milhailoff stealing the show, in my opinion. The effects are really well done and the story is clever. Now I will not say this film is perfect. I did find myself confused at times as there are flashbacks that had me scratching my head. But once the movie finished all made sense. So that for me is clever as it makes me want to re watch this film. I am very anxious for the official release of this film. I have been told by John that he is looking for a late summer release if all goes well. In the mean time, John has been showing his film at some conventions, so if you here of Smothered being at one near you, do yourself a favor and go!!!!!!


I would give Smothered a 4 out of 5 star rating.

Below are some links for Smothered and Fairlight Films