Land Of The Creeps Episode 073 : Have You Given Blood Lately?

Download Welcome to episode 73 of LOTC. Have you given blood lately? Well during this episode Blade will take your blood. That's right the crew covers all 3 Blade films starring Wesley Snipes. We are joined by special guest Wildman Willis from Terror Troop. During this episode you will hear lots of talk about Blade and his parts in comic books and many other great insight. You will not want to miss this episode for sure.
Also as we begin this episode we introduce our newest member to the LOTC Crew. Jessie Robbins who has been on the last few episodes joins us full time. We are very excited to welcome her to the family and we look forward to the future of LOTC. Be sure to help us welcome Jessie to the family.


Posted by gregamortis at 6:47 PM 2 comments:
Email ThisBlogThis!Share to TwitterShare to FacebookShare to Pinterest 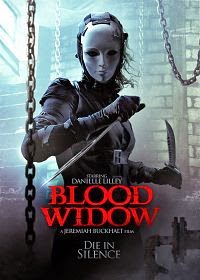 Blood Widow is an upcoming Slasher style thriller flick to be released from Midnight Releasing June 3. I recently sat down and watched the screener of this film and thought I would do a mini review for everyone of you Creepites. Below is the basic info on this film.

Plot : Laurie and Hugh have just bought there first home in the country. Laurie is not as excited and Hugh though, especially seeing that he has invited all his friends up for a weekend party without letting Laurie know about it. Hugh's friends show up and the party begins. An abandoned boarding school is found next to the house and there are some secrets that should never be revealed.

Review : I will start by saying that I am a fan and supporter of Independent Horror. Unfortunately sometimes they are not the best films. But every once and awhile there will be some real good gems. Blood Widow is kind of in the middle of this.
There are some really great moments of scare and over all creepiness in this flick, but there are just as many moments of just o.k. scenes. I felt like this could have been a great film but turned out to be just decent.
The acting in Blood Widow is average. The effects are decent and the gore is good. Camera work is good along with some pretty cool imagery in the final scenes of the film. Where I find fault is in the overall story. I feel like there was a lot of dialogue that just did not need to be there.
Overall this is a decent watch that I feel if you can rent it or find it on Netflix do that and then decide if you would want to own this one. Me personally I will be buying it, but I pretty much buy anything horror. So my overall rating for this film is...... 5.5 out of a possible 10 score

Posted by gregamortis at 2:22 PM No comments:
Email ThisBlogThis!Share to TwitterShare to FacebookShare to Pinterest

Land Of The Creeps Episode 072 : Evil Dead Will Drag You To Hell

Download Welcome to episode 72 of LOTC. Boy do we have a good episode for you this time. GregaMortis, Haddonfield Hatchet and Jessie Robbins reviews a couple flicks for you. First we take a look at Sam Raimi's Drag Me To Hell and then we finish off with the 2013 Evil Dead. You will not want to miss this fun filled episode. Also as a bonus GregaMortis sits down with Actress April Washko for a few minutes to discuss her campaign to get a walk on role for the very popular Netflix series Orange Is The New Black. Lets keep our fingers crossed that April can make this happen. Be sure if you have a Twitter account to start tweeting as often as you can to @OITNB and be sure to put @aprilwashko and then your message and then at the end hashtag the following and lets make it trend world wide #CAMPAIGNFOROITNB