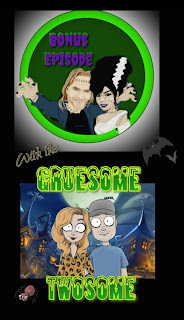 Land Of The Creeps Episode 292 : FEARS 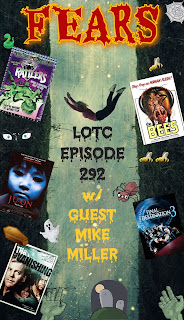 Welcome to LOTC episode 292. This week the LOTC crew is joined by special guest Mike Miller. Mike chose this weeks topic which was FEARS. Each host will discuss a film that hits in their personal fear. What are the things that make each host freeze in fear, or run for higher ground? You will definitely want to listen to this episode. You will also hear from several callers who voiced their fears as well. We want to Thank Mike for being on the show and for the great topic. Mike's Facebook link is below if you would like to get in touch with him. We ask that you share this episode with all your friends and social media accounts. So sit back turn up the volume and take a journey with us through Land Of The Creeps.
HELP KEEP HORROR ALIVE!!
MOVIE REVIEWS :
1978 THE BEES
MIKE : 3
DAVE : 3.5
GREG : 5.5
PEARL : 5
BILL : 6
2002 JU-ON
DAVE : 9.5
MIKE : 7.5
BILL : 6
PEARL : 7
GREG : 8.5
2006 FINAL DESTINATION 3
BILL : 7
MIKE : 8
PEARL : 8
GREG : 8
1993 THE VANISHING
PEARL : 9
BILL : 8.5
GREG : 8.5
1976 RATTLERS
GREG : 7
DAVE : 6
MIKE 6.5
BILL : 5
PEARL : 5
MIKE MILLER LINK :
FACEBOOK
LOTC Links :
Land Of The Creeps Instagram
GregaMortis
Facebook
Twitter
Land Of The Creeps Group Page
Land Of The Creeps Fan Page
Jay Of  The Dead's New Horror Movie Podcast
Youtube
Instagram
Email
Letterboxd
Haddonfield Hatchet
Twitter
Land Of The Creeps Twitter
Dr. Shock
DVD Infatuation Twitter
DVD Infatuation Website
Facebook
Horror Movie Podcast
Jay Of The Dead's New Horror Movies Podcast
YouTube Channel
Letterboxd
DVD Infatuation Podcast
The Illustrated Fan Podcast
Bill Van Veghel Link
Facebook
Letterboxd
Phantom Galaxy Podcast
Twisted Temptress Link
Letterboxd
LOTC Hotline Number
1-804-569-5682
1-804-569-LOTC
LOTC Intro is provided by Andy Ussery, Below are links to his social media
Email:
Facebook
Twitter 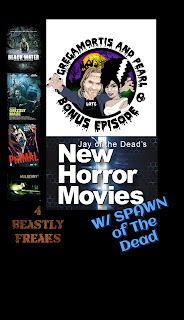 Land Of The Creeps Episode 290 : One On One With Justin Beahm 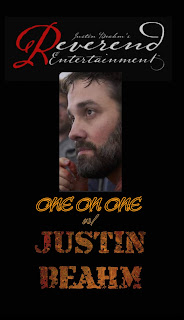 Welcome to LOTC's Episode 290: One on One w/ Justin Beahm...   Justin Beahm has an Impressive & Respectable profile to his name. Justin is a Producer, Director, & Writer. His Reverend Entertainment produces content for Shout Factory. Anchor Bay, Music Box Films, Scream Factory, Vinegar Syndrome to name a few. Justin Beahm has time after time; has given us the behind the scenes, special features, & commentaries on many treasure films. Such as Alligator, Bad News Bears, Body Bags, Child's Play, Silent Night Deadly Night to name a few from the outstanding list he has collected through-out the years.  But it's his loyalty, passion & empathy to connect on a deeper level that captivates these special editions added that Preserves history & the voices of its cast. As he states ( tiny window of time ). On this Episode, we put Justin on the voice side as, we preserve his memoirs & side road to many of his journeys of doing what he loves. Sit back & hear his answers to the questions given to him by us & the listeners. Thank you, Justin Beahm for joining us & giving us an insight look at all the hard work you do. If you like to reach out to Justin or see his list of movies'. he was involved in. Check him out at Justin Beahm.com or Reverend Entertainment to subscribe.