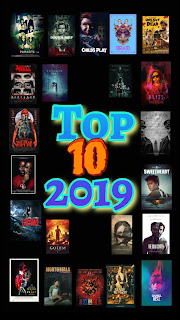 Welcome to Episode 212 of LOTC. This episode is one of the most anticipated episodes of the year, our Top 10 episode. You will not want to miss this episode as the crew count down their favorite horror films from the year 2019. With a great year in the books for horror what movies made the cut. The crew break down their titles as well as honorable mentions. Also YOU the listeners wanted your voices heard and that is what we deliver as we read off our Facebook, Twitter and Email shout outs as well as Your voicemails. Do you agree with the crews list? Let us know, you can comment below, email gregamortis666@gmail.com or call 1-804-569-5682. We want to hear your feedback. Thank You to each and everyone that participated as well as YOU that are tuning in, YOU are the reasonwe do what we do. Please help spread the word about LOTC.
HELP KEEP HORROR ALIVE!!!!!

LOTC Intro is provided by Andy Ussery, Below are links to his social media
Email:
Facebook
Twitter

Posted by gregamortis at 11:09 PM No comments:
Email ThisBlogThis!Share to TwitterShare to FacebookShare to Pinterest 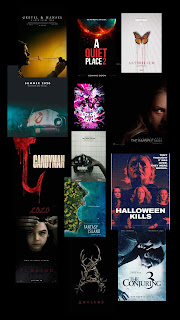 HAPPY NEW YEAR!!
Welcome to LOTC's official first episode of 2020 and the crew comes out swinging. This episode the crew are talking about their top horror films they are anticipating for 2020. With over 20 different titles mentioned we are sure you will hear about a few movies you may have not heard of. This was a fun episode to record as well as to do research for because lets face it, sometimes movies we hear about and are so excited for sometimes lets us down but LOTC never will. Once again all You the listeners brought your A game as usual with your Facebook shout outs and voicemails. We hope you will listen and enjoy the show for sure. Please comment your thoughts and if you have some more titles not mentioned let us see them.
Our next episode will be our Top 10 horror films from 2019 and we would love to see all your Top 10's. Comment your list's below in comment section, call us your list at 1-804-569-5682 or email gregamortis666@gmail.com with subject of Top 10. Thank You

LOTC Intro is provided by Andy Ussery, Below are links to his social media
Email:
Facebook
Twitter