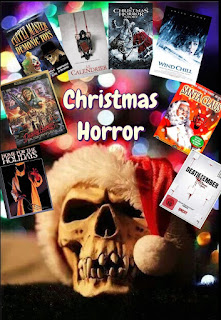 HO HO HO HO!!! Merry Christmas to all you LOTC listeners. You are listening to our Christmas edition episode with special guest Brian Scott. This holiday season episode the crew are tackling horror movies that involve the Christmas season. With eight movie reviews as well as numerous recommendations from YOU the audience. Brian did such a great job on this show and I know everyone will enjoy his knowledge and love for the season for sure. We also had one of the LOTC family members, Shawn Taylor,  offer a giveaway prize of a binder full of movies. We want to congratulate Brian Scott on receiving this amazing gift. Brian continues to be one of the biggest supporters of the show via social media as well as people he comes in contact with. Brian thank you for being such a great friend and we hope you will enjoy the movies. We hope you will listen and share this episode with all your friends and social media outlets. Also we would deeply appreciate if you would go to where you listen to our show and leave us a review and rating. This is really important with helping the show grow. Thank You for being the greatest community around.
HELP KEEP HORROR ALIVE!!
MOVIE REVIEWS
1989 DEADLY GAMES
BRIAN : 10
GREG : 9
PEARL : 8.5
BILL : 7.5
2004 PUPPET MASTER VS DEMONIC TOYS
DAVE : 6
GREG : 6.5
BRIAN : 7
PEARL : 7
BILL : 4
1959 SANTA VS THE DEVIL
BILL :  5
GREG : 4.5
PEARL : 3
2020 DEATHCEMBER
GREG : 8
BRIAN : 8
BILL : 7
PEARL : 8
2015 A CHRISTMAS HORROR STORY
BRIAN : 8.5
DAVE : 7.5
GREG : 8
BILL : 7.5
PEARL : 8
2007 WINDCHILL
DAVE : 6
GREG : 7.5
BILL : 6.5
BRIAN : 7
PEARL : 7.5
1972 HOME FOR THE HOLIDAYS
BILL : 7.5
GREG : 7.5
BRIAN : 8
PEARL : 6
2021 THE ADVENT CALENDAR
GREG : 8.5
BILL : 8
BRIAN : 9
PEARL : 8
Brian Scott Facebook And Twitter
FaceBook
Twitter

Land Of The Creeps Episode 270 : Christmas With The Mortis's 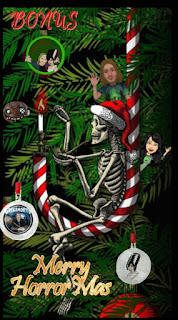 Welcome to a bonus episode of LOTC!! It is Christmas time and what better gift to give than a bonus episode. GregaMortis and the Twisted Temptress will bring you into their home with this insight into the Holiday season traditions. You will get a few Christmas horror movie recommendations, some of their favorite holiday candies as well as some of their favorite presents they received in their lives. This we hope will be a fun and insightful look into their lives. Remember kiddos to be good this Holiday season or that big mean old Krampus may come down your chimneys!!! During this episode the Twisted Temptress and GregaMortis picks the winner of the Christmas contest. We want to thank the ones who entered. So sit back with your glass of milk and cookies and take a journey with us through the Land Of The Creeps!!
HELP KEEP HORROR ALIVE!!!

Posted by gregamortis at 12:12 AM No comments:
Email ThisBlogThis!Share to TwitterShare to FacebookShare to Pinterest 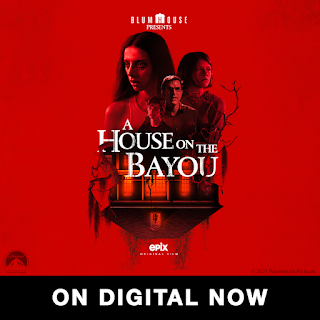 The unnerving horror thriller A House On The Bayou is now available on Digital and On Demand! A family vacation in rural Louisiana takes a sinister turn when neighbors show up for dinner uninvited, testing the family's fragile bond and forcing dark secrets to come to light. Buy or Rent #AHouseOnTheBayou and watch it today. Unrated from #ParamountPictures. #Horror #Thriller #AHouseOnTheBayouMovie
Posted by gregamortis at 9:12 PM No comments:
Email ThisBlogThis!Share to TwitterShare to FacebookShare to Pinterest 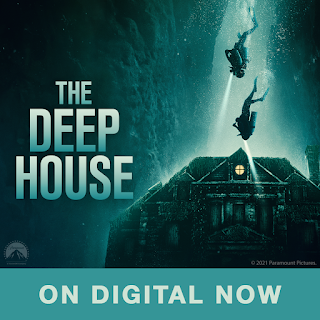 The underwater horror film The Deep House is now available on Digital and On Demand! When a young couple sets out to explore a house at the bottom of a lake, they discover a sinister presence. Can they escape the underwater house of horrors before it's too late? Buy or Rent #TheDeepHouise today to find out! Unrated from #ParamountPictures . #Horror #TheDeepHouseMovie
Posted by gregamortis at 9:00 PM No comments:
Email ThisBlogThis!Share to TwitterShare to FacebookShare to Pinterest 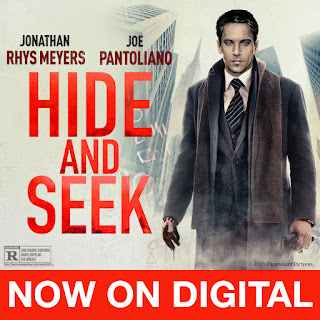 Jonathan Rhys Meyers ( The Tudors, Dracula TV Series ) stars in HIDE AND SEEK, Directed by : Joel David Moore, now streaming on Redbox! The search for a missing brother reveals a terrifying family secret in this tense psychological thriller filled with shocking twists and nail-biting turns. Stream HIDE AND SEEK instantly on Redbox On Demand today. Rated R from Paramount Pictures.
Posted by gregamortis at 8:38 PM No comments:
Email ThisBlogThis!Share to TwitterShare to FacebookShare to Pinterest 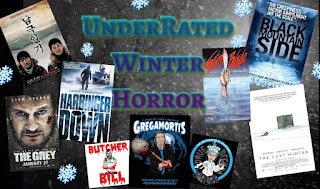 Welcome to LOTC episode 269. This week the crew is tackling winter horror. That's right, horror movies that take place during the winter season/ snow season. The exception to films were that no Christmas films are included. Six total movies are being reviewed in this very cold episode as well as numerous recommendations from YOU the listeners. You will not want to miss this fun filled episode. There are also mentioned three films from Paramount Pictures available via RedBox. Below you can find information about these releases. Thank You so much to each and everyone of You Creepers!! So sit back and take a journey with us through Land Of The Creeps!! 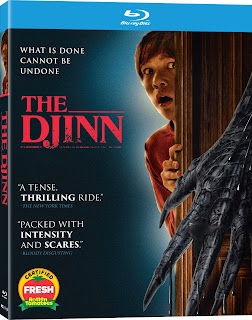 RLJE Films, a business unit of AMC Networks, will release the critically acclaimed horror film The Djinn on DVD and Blu-ray on January 4, 2022. IFC Midnight released The Djinn in theaters, on Digital Rental & VOD on May 14, 2021.

The Djinn is co-written and co-directed by David Charbonier ( The Boy Behind The Door ). and Justin Powell ( The Boy Behind The Door ). The film stars Ezra Dewey ( "Criminal Minds"), Tevy Poe ( Redwood Massacre:Annihilation), Donald Pitts ("The Secrets We Keep") and John Erickson (Sexually Frank). RLJE Films will Release The Djinn on DVD for an SRP of $27.97 and on Blu-ray for an SRP of $ 28.96.

Mute boy, Dylan (Ezra Dewey) finds a book of spells in the closet when he is left home alone in their new apartment by his father (Rob Brownstein) to work the night shift. Blaming himself for the recent death of his mother, Dylan summons a djinn to grant one wish. Now he must survive a night of sheer terror at the hands of the sinister creature to fulfill his heart's greatest desire.