Land Of The Creeps Episode 194 : The Evolution And Seduction Of Vampires In Film 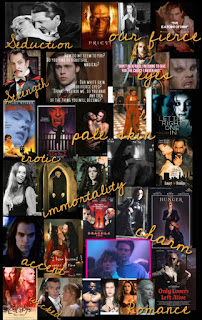 Welcome to episode 194 of LOTC. This week the crew will take you from the immortal film 1922 Nosferatu to vampire films from the modern era. That's right this week the crew will bring to You the evolution and seduction of vampire films. With numerous titles mentioned as well as some really cool facts you will be covering your necks and putting garlic around your house so you are not bitten by the creatures of the night. So sit back , get your pen and paper out and take this journey through horror cinema with LOTC.
Also LOTC has been in search for a new intro theme song. The contest is now officially ended. So no more entries will be accepted. What will happen now is the LOTC will listen to all the entries and will pick the top 3. The top 3 winners will be announced on an upcoming episode. Info will be sent out to the winners and prizes will then be sent. We are so excited and pleased with all the participated in this contest. You guys and gals rock.
Help Keep Horror Alive!!!