Land Of The Creeps Episode 266 : Nightmare On Elm Street Franchise 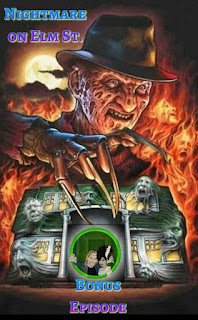 HAPPY HALLOWEEN!! Welcome to the Bonus episode of LOTC with GregaMortis and the Twisted Temptress herself. This marks the one year anniversary of The Bonus Episodes, it also is possibly the last of the bonus episodes with the Twisted Temptress as she is planning on staying behind the scenes more. She will continue to be on some of the regular LOTC episodes in the future though. But to mark the one year anniversary GregaMortis and TT goes into the world of nightmares. The Nightmare On Elm Street franchise is discussed as well as the Freddy's Nightmares tv short run series. We also received several voicemails as well. Is Freddy and his world worthy of watching now? We ask that you take this journey with us and see what we have to say. Thank You to each and everyone that has contributed and shared your love with us through this first year. Let us know if you would still love to have the Twisted Temptress and GregaMortis bring these bonus episodes in the future.